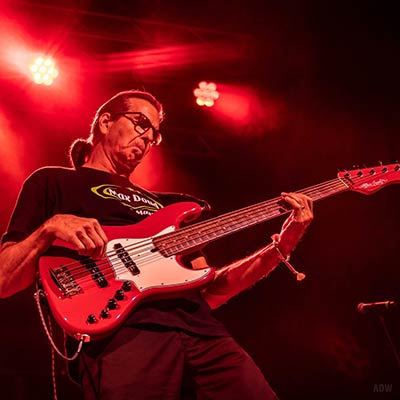 As a veteran of the local music scene for the past 20 plus years, Don has enjoyed working with some of the best bands and musicians that the city has to offer.  Being a self-taught musician, he grew up playing along with many of the great bands of the past, heavily influenced by Chicago, Tower of Power, and Rush, just to name a few. Don continues to study and learn as a bassist/musician from past greats such as Jaco Pastorius and present works from players such as Marcus Miller and Tom Kennedy.  In addition to JYFT, Don is also the bassist for The Kire Najdovski Band and Al Chez and the Brothers of Funk.  "It's not the notes you play, it's the notes that you don't."