In 2018, members of Rochester band Junkyardfieldtrip wanted to perform a tribute to the legendary band Chicago for a scheduled appearance at the Fairport Music Festival. A setlist was crafted of hits culled from Chicago’s early albums, and they began seeking out players to expand their four-man roster. Members of great Rochester bands were sought out: musicians from Prime Time Funk and Al Chez and the Brothers of Funk provided the vital brass and keys for the project, and members of Jumbo Shrimp and Shine rounded out the percussion and vocal positions. Practices began, and on Saturday, August 25th, the band – called Fairport Canal Authority, in a nod to Chicago’s original name – took the stage before a massive, enthusiastic crowd … and their performance was met with rave reviews.

That sort of reception ensured this ‘one-time thing’ couldn’t just end there: the band has been asked to perform several times since to large audiences who appreciate their faithful renditions of Chicago’s music. The band’s love and respect for these songs comes through in their performances, and without fail, members are asked “When are you going to do this again?”

Like Chicago? Come see Fairport Canal Authority: we bet you end up singing along… 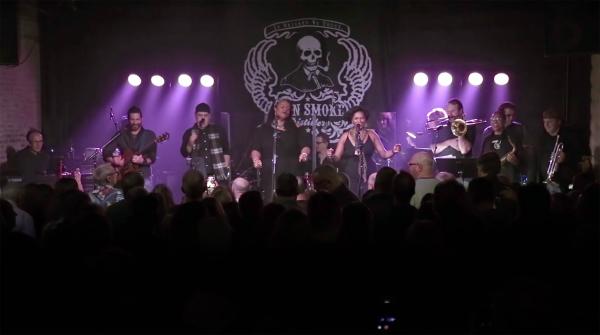